The experts from HALCON turned their production around with SCHULER Consulting. The jointly developed concept creates the basis for precise investments. 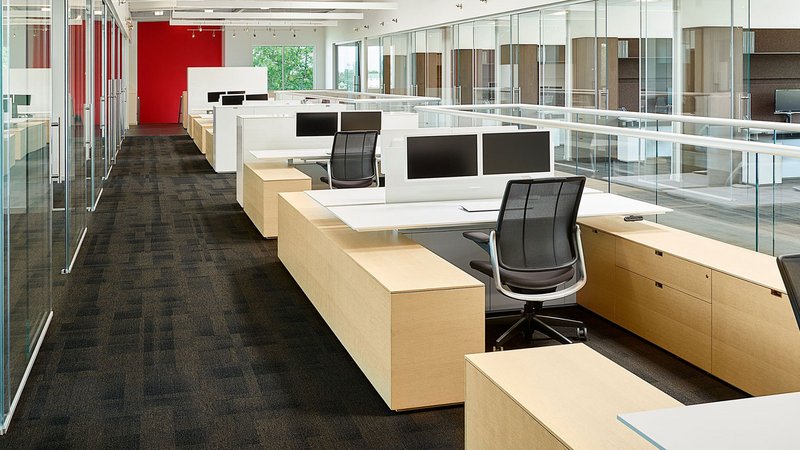 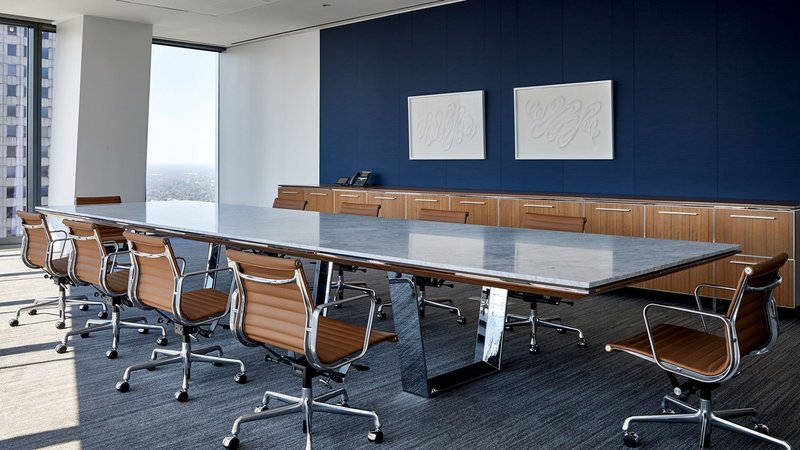 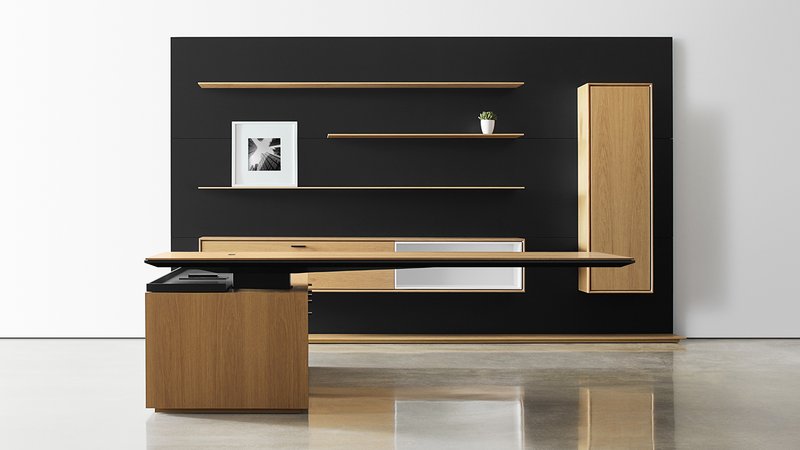 Halcon is one of the leading manufacturers of veneered office furniture in the United States. The company produces at the highest level of quality - even by European standards - and thus serves the top market segments.

An article from the trade magazine HK, issue 05/2020. Click here for the full article (German)

HALCON is one of the leading manufacturers of veneered office furniture in the United States. The company designs the furniture, produces at the highest quality level and thus serves the top market segments. In order to master the challenges this presents, the processes in manufacturing, engineering and IT had to be rethought. With the support of SCHULER Consulting it was possible to increase flexibility and to massively improve the productivity.

Driven by the vision of craftsmanship, excellence and reliability, the company offers veneered customized office solutions across the country. A clear distinguishing feature of Halcon furniture is its high-class craftsmanship, even by European standards, with a consistently realized continuous veneer pattern, with a choice of tumbled or pushed panels. Additionally, there is an ingenious miter-fold technique with an inserted solid wood strip at the edge and an intelligent invisible cable routing.

HALCON invests strongly in the development of design and smart technical solutions and has won numerous prestigious awards. For years, the company has been on a continuous growth path. In order to meet the challenges this brings, HALCON FURNITURE had already gone through several phases of change in this time. At HALCON, too, batch sizes were going down and design details were becoming more and more customer-specific. Then it became clear that a new balance had to be found between the expansion of production facilities and innovation in production concepts and technology.

When a company renews or expands its machinery, it usually does not do so for all areas at the same time. Often, such investments are approached in a cyclical manner. Some manufacturing systems are used for decades until market requirements change. This creates a tension with the production philosophy. Far-sighted entrepreneurs anticipate these issues and make forward-looking decisions at the appropriate time.

For HALCON it was now time to rethink the entire area of component processing and milling as well as the field of cabinet assembly. All this with the aim of raising their output by 50%. The requirements for any investment or reorganization were clear:

The production was organized in a relatively complex structure. Because parts were sorted both before and after the double-end tenoner and before and after the milling processes, the system required a relatively high level of handling. The part processing sequence was sometimes unclear and the visibility of part routing was often limited. Sorting decisions were made primarily by experienced operators. The number of stacks was multiplied after each sorting operation, making it difficult to control the status of a work order with all its stacks.

The SCHULER approach: spot-on investments and a production in flow

SCHULER's approach was to restructure both the manufacturing processes and the sorting procedures. In close cooperation with HALCON's specialists from manufacturing, engineering and IT, the existing processes were first analyzed in detail. Alternative concepts were jointly developed, calculated and evaluated. Costs and benefits were weighed and finally a catalog of measures was adopted:

The CNC department was completely redesigned and reorganized. Formatting was transferred from the double-end tenoner to the CNC mills. Sorting was simplified and reduced to the essentials. Even greater production flexibility was achieved. By changing the machining processes, combined with clever stack definition and intelligent part-to-stack assignment, four sorting processes became two.

HALCON's experienced IT department now took on the task of mapping the new sorting rules in the IT concept and implementing them in production.

The desired effects could be realized:

In a next step SCHULER developed the concept to optimize the assembly area. The clear goal of HALCON was to achieve a significantly higher productivity.

For years, given their complexity, the cabinets were assembled on individual tables. With detailed information from HALCON production specialists on assembly approaches and methods, SCHULER defined a completely new workflow for the cabinets to be processed in the carcase press. The pre-assembly processes were precisely redefined. Material supply and feeding as well as parts supply and kitting of the items were reorganized. As a result, this area is now brought into a real flow.

Ultimately, HALCON went one step further and commissioned SCHULER to redesign the factory layout so that the new organizational principles could be implemented. The focus was to design the material flow in a way that the structural conditions and a minimum of handling would be integrated to an optimal result. The machine positions were completely rearranged. Intralogistics were systematized entirely and switched to predominantly roller conveyors. One-way streets and manual interruptions were eliminated and the material was brought "into flow".

This project showed once more how the intensive cooperation between the specialists of the manufacturer - HALCON - and the engineering specialists - SCHULER - can lead to truly successful results. The newly designed plant will now enable HALCON to take the future years' growth on the road. The concept developed by SCHULER has enabled HALCON to make investments with perfect precision. Bad investments were excluded. The manufacturing flexibility was further extended and finally productivity was massively increased.

The resulting new manufacturing concept is promising for the future of HALCON and already fulfills the demands of tomorrow.

On this topic also reported: FDMC

HALCON is one of the leading manufacturers of veneered office furniture in the United States. The company designs the furniture by themselves, produces at the highest level of quality and thus serves the top segments of the market.

Assembly technology for the future

Shaping the future together

Burger Kitchens is one of the biggest kitchen producers. With the help of SCHULER Consulting, they managed to…